Andrea Morello, is the Scientia Professor of quantum engineering in the School of Electrical Engineering and Telecommunications at the University of New South Wales, and a Program Manager in the ARC Centre of Excellence for Quantum Computation and Communication Technology.

Dopant atoms in silicon are a versatile platform for experiments in quantum information processing, as well as quantum foundations. The electron [1] and nuclear [2] spin of a 31P donor were the first qubit demonstrated in silicon, and went on to become among of the most coherent qubits in the solid state, with coherence times exceeding 30 seconds [3], and quantum gate fidelities approaching 99.99% [4].

In this talk, I will present the state of the art and future directions for donor spins in silicon. For quantum information, the current focus is on two-qubit operations. An embryonic demonstration of an exchange-based two-qubit CROT gate was recently achieved [5], using a device in which we implanted a high dose of 31P donors. Future experiments will focus on using deterministic, counted single-ion implantation, for which we have recently demonstrated the capability to detect an individual ion with 99.87% confidence [6].

Heavier donors possess a high nuclear spin quantum number, which could be an important resource to encode error-protected logical qubits in its large Hilbert space. Our group began the study of 123Sb donors for the goal of observing quantum chaotic dynamics in a single quantum system [7]. Understanding the interplay between chaos and quantum dynamics is a key aspect for the foundational question of how the classical world emerges from the quantum world. Moreover, chaotic dynamics must be understood and controlled for the correct operation of quantum computers and quantum simulators [8]. In the process of operating a single 123Sb nucleus, we (re)discovered the phenomenon of nuclear electric resonance and applied it for the first time to a single nuclear spin [9]. 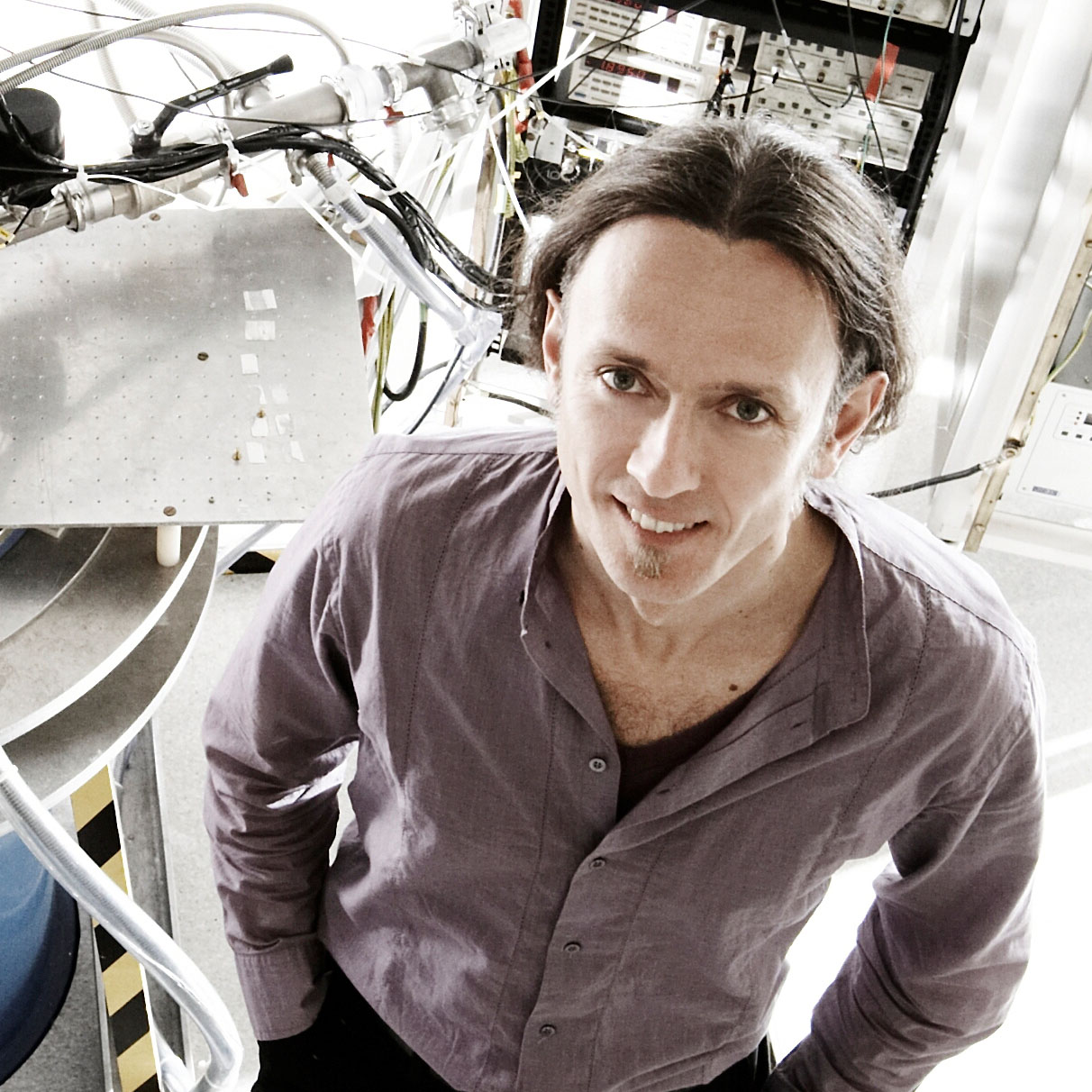 Electric field control of spins in piezoelectrics, ferroelectrics, and molecules

Quantum Computation and Simulation – Spins inside