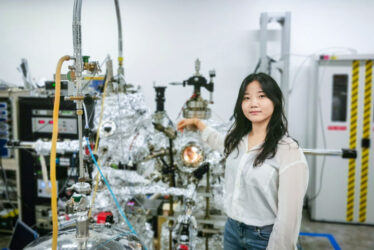 We are happy to announce that our graduate student Shinjae Nam won the Third Prize at the "Art in Science" Contest with her artwork "Starry Quantum"!

Here is an Interview with Shinjae about her work:

Scott Lang, the title character of the movie Ant-Man, turns off the regulator on his suit to save his daughter. He then became smaller than the size of an atom and entered the extreme microscopic world—the quantum realm. Unlike Ant-Man, we cannot see atoms directly. However, by using a scanning tunneling microscope (STM), an atomic image can be obtained. In a microscopic world, things cannot be easily explained by the same laws of the world we live in. A flatlooking smooth gold surface can actually turn out to be not so flat if viewed by an STM. This picture is an STM image of a gold (111) surface which vanadyl phthalocyanine (VOPc) molecules are deposited. At the surface, the gold atoms change their arrangements and this results in a height difference. The Z-like patterns (herringbone patterns) are made by the height difference of rearranged gold atoms. The round shape particles are the deposited (vacuum evaporation) VOPc molecules. Most of them are located on the elbow of the herringbone pattern. These patterns show that there are rules in the atomic world as well. The microscopic world still has a lot to study, presenting scientists with many opportunities to push the limits of science and technology.

Tell us about your research and artwork

The image was obtained by depositing vanadyl phthalocyanine (VOPc) molecules on a clean gold surface. The wave patterns in the image were created by the rearrangement of gold atoms on that surface. The round shape molecules prefer to be deposited on the edges of the wave patterns. Depending on deposition conditions, a single molecule or a few layers can be deposited. The VOPc molecules in the experiment can be deposited on the surface in two different shapes. Depending on how the VOPc molecules sit on the surface, their quantum states will change accordingly. The image is part of research studying the changing quantum states.

What does your art represent?

Molecules stick together or react with other materials in a vacuum. The image captured the moment the molecules accidentally assembled into something like an ant shape at the edge. This reminded me of the flying ant that the hero Ant-Man rides. Ant-Man has the ability to shrink himself and control the quantum state. His attempt to define and control the quantum state is similar to our lab’s mission.

What were the challenges during the research process?

There are many conditions to consider for atomic-level imaging of materials. For example, to keep the sample clean, you have to keep the chamber in a high vacuum. Then, to keep molecules in a stable state, the system needs to be chilled. Also, to get a clean image, you have to make sure that no noise gets in the circuit. There are so many other variables, so obtaining one image takes a long preparation period. If anything goes wrong in the middle, you have to restart from the beginning. So it was difficult to be vigilant at every moment.

When do you feel rewarded as a scientist?

People used to find physics difficult but I think it’s becoming popular again. I’ve seen this trend in some recent movies about quantum mechanics and popular science physics books appearing on best-selling book lists. Whenever non-physics majors or friends earnestly ask me about physics, I feel rewarded if I explain it well.

What made you want to be a scientist?

The more I learn, the more I can understand and see things, and I found this extraordinary. I want to continue my research studying things at the deepest level and that’s why I chose to be a scientist. 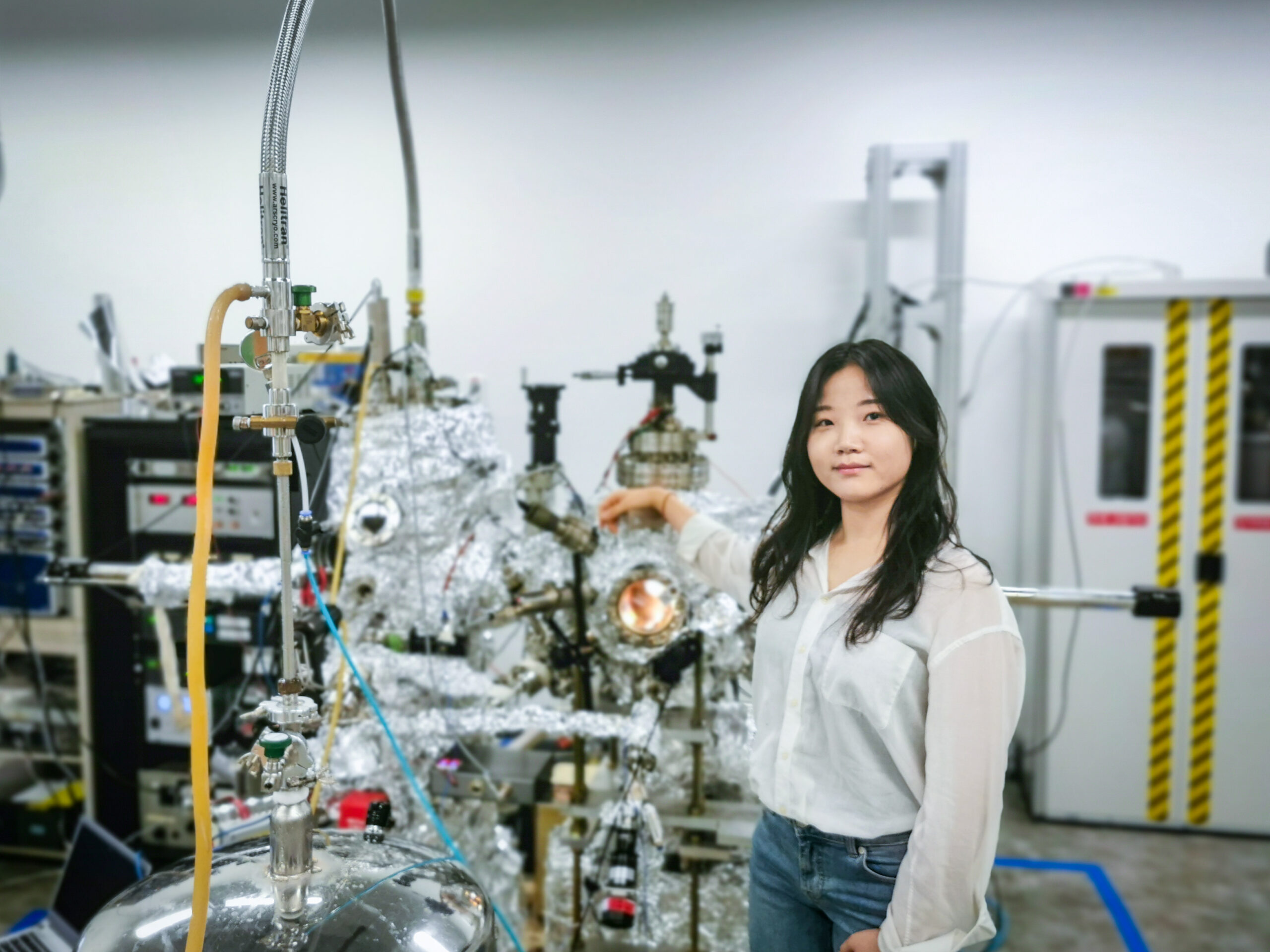 Ant-Man The superhero in the movie Ant-Man wears a special suit which gives him the ability to shrink down to the size of an ant or enlarge at will.

STM(Scanning tunneling microscope) An instrument for imaging surfaces at the atomic level. It works by scanning an electrical probe tip over the surface of a sample.

Vacuum evaporation A commonly used method for deposition. Metals are evaporated in a vacuum and the vacuum allows the vapor particles to deposit directly onto the surface of other materials.