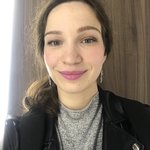 Quantum spin states constitute a resource for the development of quantum technologies. They have been considered for the realization of quantum computers, quantum simulators and quantum sensors. These long-term goals demand for the identification of appropriate hosts for quantum spin states with long coherence time and compatible with microfabrication technologies. Because of their two-dimensional character that enables an easier localization of the dopants in the material, monoatomic layer of Van-der-Waals materials is of intense interest. My Ph.D. describes experimental works that address two issues in this field. First, the identification of point-defects with interesting spin properties in Van-der-Waals materials; second, the Electrical Detection of Magnetic Resonance (EDMR) in those Van-der-Waals materials.

My work addresses two layered materials possessing spin and valley degrees of freedom: the Br-doped  2H-MoTe2 semiconductor belonging to the transition metal dichalcogenide (TMD) family and graphene. In 2H-MoTe2, we found that the electronic levels of the Br-dopants electronic levels are hybridized to the valleys in the conduction band. This produces spin-valley states where the spin and valley quantum numbers are locked. Moreover, by spin resonance methods, we find that the Br dopant carries an unpaired spin with coherence lifetime reaching 50 ns at the lowest temperature of 4.2 K. This is of practical interest as such states can be manipulated conveniently by electric fields. In graphene, encapsulated in hBN. we show that the spin resonance can be detected by transport measurements and propose a simple model relating the spin-resonant signal to the time average of the perpendicular magnetization component <Mz>.