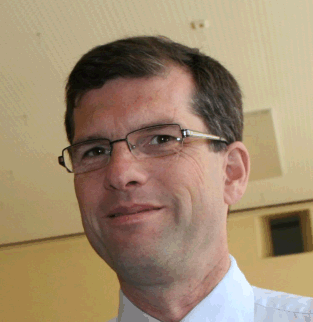 Surfaces and their interaction with the surrounding environment play a pivotal role in a large variety of technical applications ranging from heterogeneous catalysis, coatings all the way to biological systems. Gaining insight into these systems at the atomic level is one of the key goals of today’s research, however, it is still challenging for most of the complex technological systems. With respect to heterogeneous catalysis oxides play an important role both as support material for metal nano-particles or as catalysts themselves. It is well established that much of the chemical processes at such surfaces do not happen on ideal stoichiometric low index surfaces. Instead higher index surfaces, structural defects like steps, vacancies in the lattice or thin oxide films grown on metal nano-particles -commonly referred to as the strong metal support (SMSI) effect- are important to understand the properties of the surfaces. Even though this is known for quite some time a characterization at the atomic level and an elucidation of the impact on the chemical properties is still challenging. One strategy to gain insight into these properties is using well-defined model systems which grasp essential aspects of the systems of interest but can be studied with the rigor of modern surface science methodology. In this presentation it will be shown how electron paramagnetic resonance (EPR) spectroscopy, a tool rarely used in surface science, can help to gain insight into the properties of defect sites as well as their impact on chemical and physical properties of the surfaces.

The presentation will focus on results obtained on single crystalline, epitaxial MgO oxide films grown on metal single crystal surfaces and discuss charge transfer processes that are unexpected to take place in stochiometric MgO, but become important in case paramagnetic point defects such as color center or transition metal dopants are present in the system. The role of these sites for the activation of small molecules by charge transfer will be elucidated using molecular oxygen a key ingredient for oxidation catalysis. Furthermore, it will be shown that such charge transfer processes, which are considered to be important for catalysis cannot only be induced by defect sites, but may also happen on stoichiometric oxide surfaces in case the oxide is present as an ultrathin film on a metal surface. The evidence based on EPR spectroscopy as well as tunneling microscopy for these processes and the implication of this for catalysis will be discussed.