Mingee Chung Academic Affiliation: School of Physics and Astronomy, the University of Birmingham, Birmingham, UK Date and Time of the Talk: May 14th, 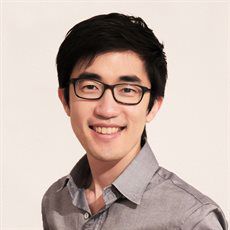 Quantum Spin liquids in One, Two, and Three Dimensions

Quantum spin liquids (QSLs) are exotic states of matter characterized by a long-range entanglement and fractionalization. DefyingLandau’s lesson on spontaneous symmetry breaking, the interacting spins in a QSL state do not develop any long-range order nor freezing down to absolute zero. During the last couple of decades, significant progress has been made in finding QSLs both in theory and materials realization of two-dimensional models.

However, there is yet a consensus whether the best-known candidates are truly QSLs as a smoking-gun experiment is lacking. On the other hand, the QSLis a rule than an exception in one dimension due to strong fluctuations and is well established. In this talk I will present some results of QSLs in one- and two-dimensional systems comparatively. It is also worth noting that an increasing number of candidates are found for three-dimensional QSL which will be discussed. It is my hope that I will be able to sketch some ideas to pursue together with QNS.