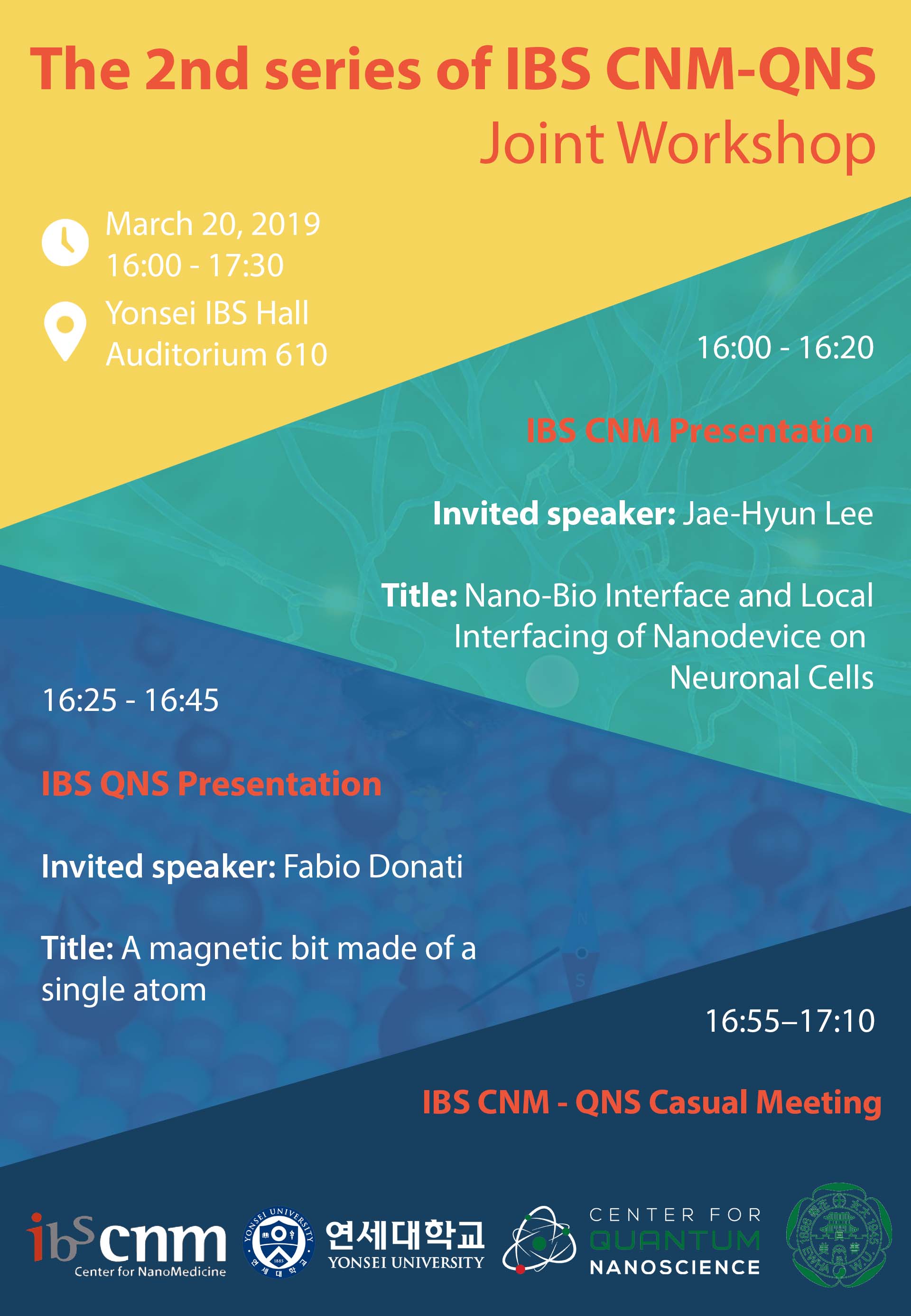 Prof. Jae-Hyun Lee’s major interest of research is nanoscale probe design for biology and medicine. More specifically, fabrication of nanobioelectronic devices, interfacing nanodevice and biological system in single cellular level, development of nano-actuator and imaging probes, and nanomedicine for diagnosis and therapeutics are the focus of his research. Lee has published several seminal works in nanomedicine and has been recognized by the community. He was the first-place awardee of Nanotechnology Young Researcher Award of IOP Publishing in 2015. He was also highlighted in Donga-Ilbo one of leading Korea Newspaper Companies, as the most cited Korean Scientist in medicine in 2016.

Prof. Fabio Donati will show that rare earth atoms exhibit magnetic stability on the timescale of hours when adsorbed on ultra-thin oxide film grown on a metal substrate. First, he will summarize the techniques that has been used to pioneer this rapidly evolving field, and the sequence of breakthroughs that led to the discovery of single atom magnets. Then, he will present the unconventional properties of the first discovered single atom magnet, namely a holmium atom adsorbed on a magnesium oxide ultra-thin film. These atoms exhibit magnetic stability, with a spin lifetime of 1500 s at 10 K and a magnetic hysteresis up to 40 K [4,5,6]. Finally, he will conclude presenting the research in this field that his team is currently carrying out at the IBS Center for Quantum Nanoscience of the Ewha Womans University.