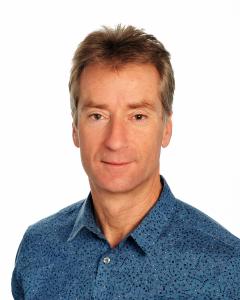 Single atom magnets are the smallest possible magnetic storage unit. After almost two decades of search, they were discovered only 2 years ago [1,2]. 2D decoupling layers are essential in their realization since all magnetic atoms adsorbed directly onto metal surfaces are paramagnetic, i.e.,
their magnetization curves are fully reversible and display no magnetic remanence, even in cases of
the largest possible magnetic anisotropy [3]. We begin to understand what stabilizes the magnetic
quantum states on decoupling layers. Three ingredients are needed. The symmetry of the adsorption
site determines which magnetic states contribute to the ground state wave function and under which
conditions magnetization reversal by tunneling is possible. Excitations by electrons and phonons can
lift the system into states from where reversal is possible. Therefore, both have to be avoided, and
this is the role played by the decoupling layer. It has to have low phonon and electronic density of
states in the energy range of interest. A fourth ingredient that is less in the focus of surface science,
but also deserves attention, are the nuclear spins and their interaction with the electron spins.
For Dy atoms, the conditions of stable magnetization are met on graphene grown on Ir(111) [2]. Since
graphene forms a moiré pattern on Ir(111), the atoms are also steered to equidistant sites. Ho atoms
on two monolayer thick MgO(100) films grown on Ag(100) are adsorbed predominantly on O sites of
the MgO lattice [4] and these atoms where found to exhibit magnetic remanence up to 30 K and
magnetic relaxation times of at least one hour at 2 K [1]. This result was obtained from ensemble
measurements using X-ray magnetic circular dichroism (XMCD). Spin-polarized scanning tunneling
microscopy (STM) measurements demonstrated reading and writing of individual Ho atoms and
confirmed their long magnetic lifetimes [5]. Very recent STM experiments show stable magnetization
over hours in external fields of 8 T that are applied opposite to the magnetization of the atoms and
at temperatures of 35 K; the first spontaneous switching from the metastable to the field-stabilized
state is observed at 45 K [6]. The combined coercitive field, remanent magnetization, and thermal
stability of Ho/MgO(100) outperforms the best single molecular magnets that exhibit magnetic
remanence up to 60 K, but only 1 % of the saturation [7].
References:
[1] F. Donati et al., Science 352, 318 (2016).
[2] R. Baltic et al., Nanolett. 16, 7610 (2016).
[3] I. G. Rau et al., Science 344, 988 (2014).
[4] E. Fernandes et al., PRB 96, 045419 (2017).
[5] F. D. Natterer et al. Nature 543, 226 (2017).
[6] F. D. Natterer, F. Donati, F. Patthey and H. Brune, PRL 121, 027201 (2018).
[7] C. A. P. Goodwin, F. Ortu, D. Reta, N. F. Chilton, and D. P. Mills, Nature 548, 439 (2017).
Left: STM image of Dy atoms on g/Ir(111); right: M(H)-curve showing remanent magnetization at
2.5 K [2].