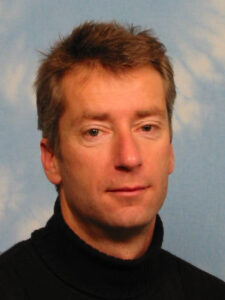 The magnetic properties of single surface adsorbed atoms became one of the core interests in surface and nanoscience in 2003, where single Co atoms on Pt were reported to have 200 times the magnetic anisotropy energy of bulk Co [1]. Years later, even 1000 times this energy was reached for single Co atoms on thin MgO films [2]. In a classical picture, this suggests that these single atoms should be rather stable magnets. However, despite numerous efforts, the magnetic quantum states of all investigated single surface adsorbed transition metal atoms had very short magnetic relaxation times, below 1 µs.

Immediately after changing to rare-earth atoms, a few adsorbate/substrate combinations could be identified, where the magnetization vector of a single atom is indeed stable over hours in the absence of an external magnetic field [3,4]. Therefore, these systems are single atom magnets and enable magnetic information storage in the smallest unit of matter. We will give an overview over the present adsorbate/substrate systems exhibiting single atom magnet behavior [3 – 7] and explain the essential ingredients for this surprising stability of single spin systems that are exposed to numerous perturbations from the environment. These atoms can be placed very close and still individually be addressed conceptually enabling information storage at densities by 3 orders of magnitude larger than presently used devices.

Now the fundamental research field turns its attention to quantum coherent spin operations in single surface adsorbed atoms. If they have long enough coherence times with respect to the time it takes to perform a single quantum spin operation, these would be single atom quantum bits. The requirements for long coherence times of the magnetic quantum states are quite different from the ones of magnetic relaxation times. We will illustrate this with a few examples and point out single rare-earth atom systems that lend themselves already now as quantum repeaters in telecommunication [8], creating hope that single atom qubits may indeed become reality in the near future.

To participate in the talk, please, fill out the Registration Form →