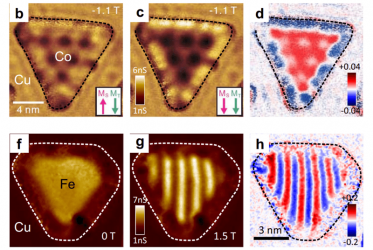 
Spin-polarized scanning tunneling microscopy and spectroscopy (spin-STM/S) have been successfully applied to magnetic characterizations of individual nanostructures. Spin-STM/S is often performed in magnetic fields of up to some Tesla, which may strongly influence the tip state. In spite of the pivotal role of the tip in spin-STM/S, the contribution of the tip to the differential conductance dI/dV signal in an external field has rarely been investigated in detail. In this review, an advanced analysis of spin-STM/S data measured on magnetic nanoislands, which relies on a quantitative magnetic characterization of tips, is discussed. Taking advantage of the uniaxial out-of-plane magnetic anisotropy of Co bilayer nanoisland on Cu(111), in-field spin-STM on this system has enabled a quantitative determination, and thereby, a categorization of the magnetic states of the tips. The resulting in-depth and conclusive analysis of magnetic characterization of the tip opens new venues for a clear-cut sub-nanometer scale spin ordering and spin-dependent electronic structure of the non-collinear magnetic state in bilayer high Fe nanoislands on Cu(111).
Read More 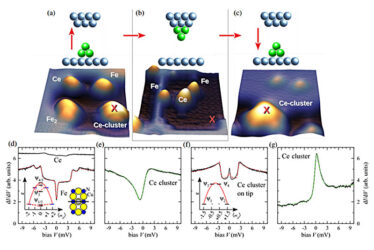 Sensing the Spin of an Individual Ce Adatom 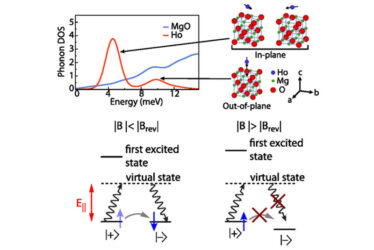 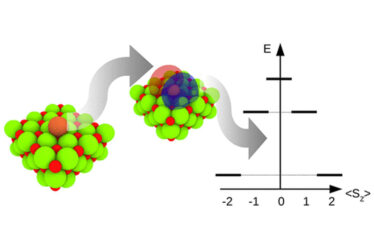