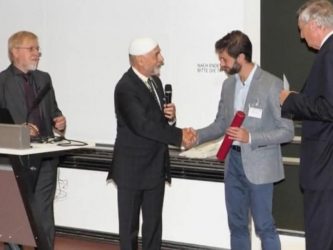 Fabio Donati, research fellow of the IBS Center for Quantum Nanoscience (Research Professor at Ewha Womans University) won the Max Auwärter Award 2018 from the Austrian Physical Society. Dr. Donati is named as the winner of the award for his outstanding achievements in physics of surfaces and interfaces. The Max Auwärter Foundation biannually presents the Max Auwärter-Award to scientists up to 35 years of age who have published significant work in the fields of surface physics, surface chemistry, or organic and inorganic thin films, as a single author.

Dr. Donati’s research focuses on the magnetism and quantum coherence of surface-supported individual atoms and molecules. The award paper is entitled "Magnetic remanence in single atoms", which was published in the journal Science in April 2016. Stabilizing the magnetization of a single surface-adsorbed atom is the key to store and process information in the smallest unit of matter. To achieve this goal, it is required to stabilize the spin of the magnetic atom against thermal and quantum fluctuations. Dr. Donati shows that rare earth atoms exhibit magnetic stability on the timescale of hours when adsorbed on ultra-thin decoupling layers grown on a metal substrate. Dr. Donati says, "We demonstrated the possibility of using individual atoms adsorbed on surfaces to store binary information. This result could open the way for downscaling single bits of magnetic memories to the ultimate limit of an atom."

The award will be granted at the 68th Annual Meeting of the Austrian Physical Society on September 12 at Graz University of Technology in Styria, Austria. Dr. Donati will give the award talk on the following day. In the talk, he is going to describe the rapid evolution in the field of atomic scale data storage, and present the crucial elements that allowed his research team to realize single-atom magnets that can be stable for thousands of seconds at the liquid helium temperature.

Receiving the award, Dr. Fabio says "Achieving magnetic stability in isolated atoms culminates the research led in the last decades by several groups in the world. This award is a recognition for the effort of many persons with whom I had the pleasure to share this success. I feel particularly grateful to all the colleagues who, like me, contributed to the project, in particular Dr. Stefano Rusponi who initiated me to use of X-ray techniques, and to Prof. Harald Brune and Prof. Pietro Gambardella who pioneered this field since more than 15 years."
IBS News & Events 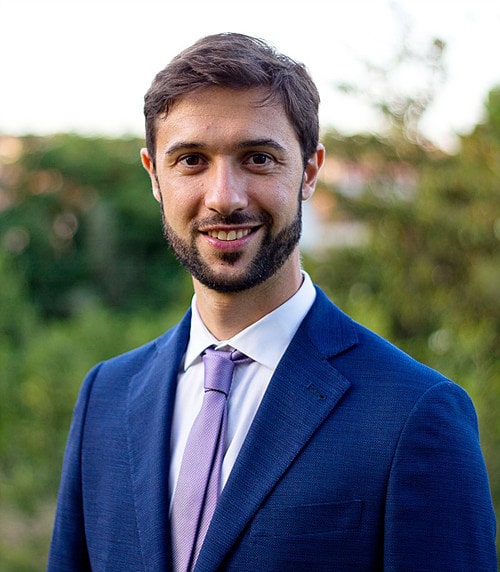 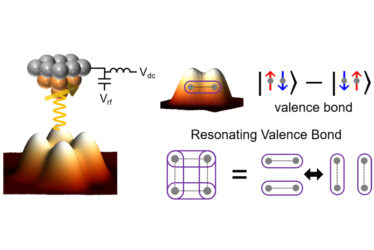 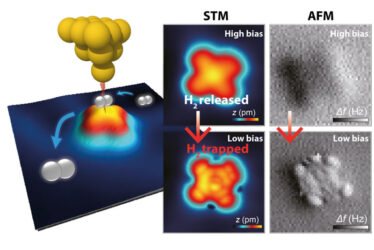