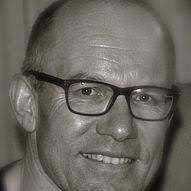 Title: The character of chemical bonds to natural and artificial atoms revealed by atomic force microscopy

Abstract: Atomic force microscopy with CO terminated tips has demonstrated outstanding spatial resolution on organic molecules [1], metallic clusters [2] and many other samples. Experimental evidence and calculations show that the CO tip is chemically inert and probes organic molecules mainly by Paulirepulsion [3]. Thus, images of organic molecules, graphene, etc. observed with a CO tip can be interpreted as a map of the absolute charge density of the sample. The total charge density of a single adatom is approximately given by a Gaussian peak. While single silicon adatoms appear similar to a Gaussian peak when imaged by AFM with a CO terminated tip, copper and iron adatoms adsorbed on Cu(111) and Cu(110) appear as tori [2,4]. Experiments and DFT calculations show that the total charge density of Cu and Fe adatoms is approximately Gaussian–in contrast to a hypothesis that proposes 4spz hybridization of Cu and Fe adatoms on a Cu surface[4]. The bonding strength between the AFM tip and the atoms of the sample depends not only on the chemical identity but also on the coordination-corner atoms in clusters are more reactive than center atoms [5]. Progress in force resolution [6] opens up the fN-regime, enabling to study engineered surface structures such as quantum corrals [7] that can be viewed as artificial atoms. Surprisingly, these artificial atoms interact in a similar way with AFM tips as natural atoms, yet with a force of only 1/1000of what is experienced in natural atoms [8].