This is a small interview with Andreas Heinrich about the problem of the leaving the best scientists in other countries.

"At a time when Korea is worried about losing its top talent through what’s called “brain drain,” I would offer that I am perfect example of brain drain going out of the western countries and coming to Korea because of great opportunity. The Institute for Basic Science and Ewha Womans University have created an amazing opportunity for me here in Seoul! I can focus on basic science with a staff that is half Korean and half international researchers. Ewha has built an amazing facility for us and IBS has allowed us to build and purchase state-of-the-art research equipment. As a consequence, we are already doing world-class research even though the center is just over two years old. For example, in my specialized research field there are only two machines in the world that can combine the high energy resolution of spin resonance with the high spatial resolution of scanning tunneling microscopy: one system at IBM in my old lab and one system here in Seoul. I recently announced those new results in Germany at a large conference and the audience was amazed that we could achieve this feat so fast – it was very rewarding for me to feel the excitement about QNS in the audience.

A few years after I had left Germany after my PhD, a German general audience magazine called “Stern” with very high circulation published an article called” Die Besten hauen ab”, translated as “ the best are leaving”. I was mentioned as an example of brain drain out of Germany and to the USA. Around the same time Germany increased its funding for basic science steadily every year and now, about 20 years later, many scientists are leaving the US to take up opportunities in Germany. I hope that Korea has the same long-term view to create an environment where brain drain will work in our favor.

Short term investment with the expectation of excellent, quick results and basic science do not match. As such it is not different from great art, which also cannot be hurried. In a “hurry up” mode, scientists will only produce incremental work. Just like artists, scientists need time to think in order to come up with really revolutionary ideas. There are very few great basic science researchers in the world today because almost everyone is forced to perform incremental research in order to keep their funding agencies happy. Fortunately, some great thinkers find ways around those constraints and keep creative, impactful research going. Without bragging too much, I believe that I am one of those. The Institute for Basic Science was founded with the idea to give researchers a relatively long-term stable funding source and then evaluate them very critically after 8 years. This concept appealed to me very much because I believe that if I could not create a world-class basic science research lab in 8 years it would not be possible.

Actually, I believe that brain drain in science is a fantastic opportunity to create better science around the world. The best people should go to places where the opportunities for them are best. Fortunately, Korea has created an opportunity that is very competitive even with the very best offers in the USA and in Europe. In fact, I would like to take this opportunity to congratulate the Korea community (scientist, politicians and the general public) for this visionary leadership!" 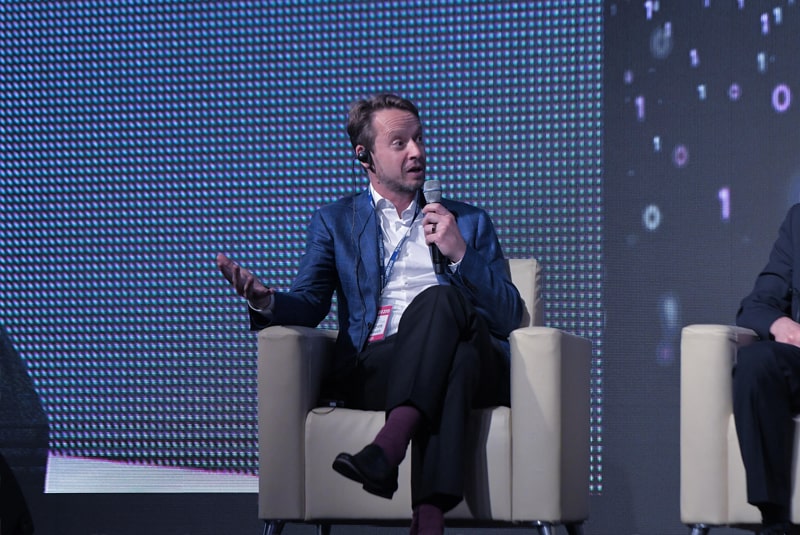