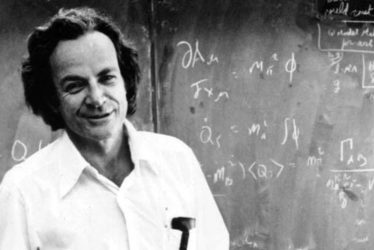 Andreas Heinrich, Director of the IBS Center for Quantum Nanoscience  within the Institute for Basic Science (IBS)(Distinguished Professor at Ewha Womans University) is being honored with the 2018 Foresight Institute Feynman Prize in Nanotechnology for Experimental work. He shared the prize with his long-time colleague, Christopher Lutz of IBM Research for their revolutionary work. The Foresight Institute recognized their seminal contributions in manipulating atoms and small molecules on surfaces and employing them for data storage and computation.

The prize is given in two categories of nanotechnology, one for theory and the other for experiment. Established in 1993 and named in honor of pioneer physicist Richard Feynman, this prize honors researchers whose recent work has most advanced the achievement of Feynman’s goal for nanotechnology: the construction of atomically-precise products through the use of productive nanosystems.

Heinrich is a world-leading researcher in the field of quantum measurements on the atomic-scale in solids. The Foresight Institute highlighted his potent teamwork with Lutz over many years. Specifically, Heinrich pioneered spin excitation and single-atom spin resonance spectroscopy [1] with scanning tunneling microscopes (STM) – methods that have provided high-resolution access to the quantum states of atoms and nanostructures on surfaces. Utilizing the STM, Heinrich and Lutz then demonstrated magnetic bits consisting of just 12 atoms that could hold their magnetic state for many hours [2]. Finally, in 2017, they demonstrated stable magnetic data storage in individual magnetic atoms [3], an astonishing conclusion of this quest.

Heinrich and Lutz also took on the task of computation on the atomic scale. In 2002, they showed that the position of individual carbon monoxide molecules on a surface can represent and process digital information [4]. By precisely building complex nanostructures, they demonstrated wires, logic gates and a summing network. This work shows a stunning level of creativity and thinking outside of the box. Recently, Heinrich and Lutz directed their attention towards quantum computation on the atomic scale. In 2015, they dramatically improved the energy resolution of a scanning tunneling microscope (STM) by enabling it to perform spin resonance measurements on single spins on a surface [5], a major first step towards quantum bits.

Their collaboration created atomically precise structures that range from a few atoms to functioning arrangements of amazing complexity, yielding remarkable progress toward Richard Feynman’s vision of controlling matter at the ultimate scale of atoms. The Foresight Institute said “Heinrich and Lutz have time and time again developed revolutionary new experimental techniques that extended our ability to control and sense matter at the atomic scale. Their work has inspired a generation of scientists to create their own labs that extend these techniques in new directions. We believe they are well deserving of the Foresight Institute’s Feynman Prize.”

Heinrich is fascinated by the world of atoms and nanostructures, built with atomic-scale precision. He is especially keen on educating the public on nanoscience as demonstrated by the 2013 release of the movie “A Boy and His Atom”. A native of Germany, Heinrich received his PhD in 1998 from the University of Goettingen and then joined the research group of Dr. Donald Eigler’s as a postdoc. He spent 18 years in IBM Research, which uniquely positioned him to bridge the needs of industrial research and the academic world. Heinrich became a distinguished professor of Ewha Womans University in August 2016 and started the Center for Quantum Nanoscience (QNS) of the Institute for Basic Science (IBS) in January 2017.

Watch "A Boy and His Atom"