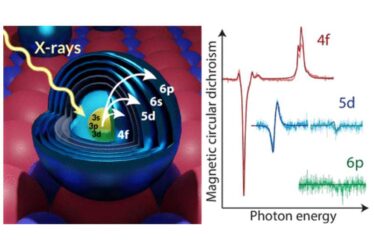 A multinational research project led by the Center for Quantum Nanoscience (QNS) in Seoul, introduced a method to measure the multi-electron states of isolated magnetic atoms. They answered the question: which orbitals do the electrons occupy? 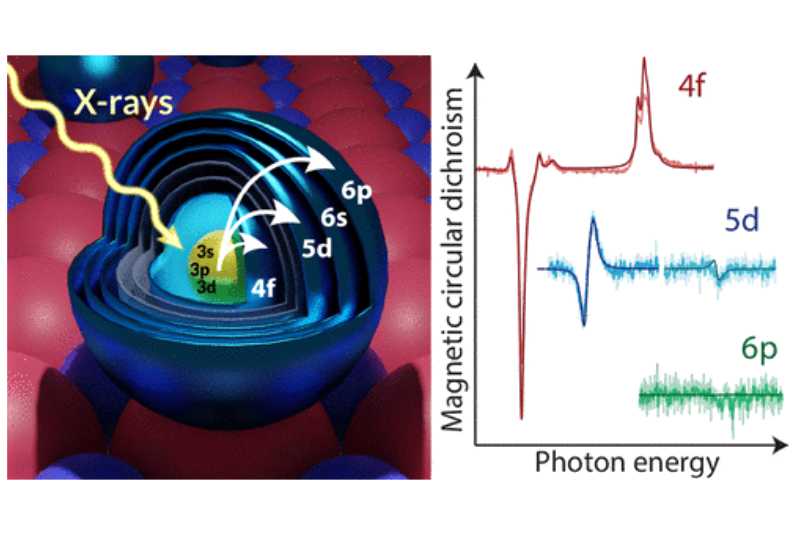 Scientists are working hard to engineer the properties of nanostructures, such as atoms and molecules, to realize efficient logic devices that can operate at the fundamental scale of matter - the scale of atoms. To make “engineering” possible at that scale, researchers have to be able to look at the internal structure of an atom, the so-called orbital structure, where electrons are confined in a series of shells.

In a study published this week in ACS Nano, the research led by QNS achieved an unprecedented result: identifying how electrons are distributed among the orbitals of atoms and nanostructures. Using top-notch X-ray generators, called synchrotrons, located in Spain, Switzerland, and Korea, the team identified a method to distinguish the properties of their electrons depending on their orbital.

"We were not sure that we could actually have enough sensitivity to probe all these atomic orbitals individually in such tiny structures” says Prof. Fabio Donati, the primary investigator from QNS. “This result proved a new way to reveal the behavior of these atoms and possibly guide the engineering of their properties to realize future atomic-scale devices”.

For this study, the researchers focused on lanthanide elements - the additional row at the bottom of the periodic table. These elements are currently investigated as potential atomic-scale magnets to realize classical or quantum bits for future logic and memory storage devices. Being able to use them for this purpose could enable technology to operate at the smallest available scale, offering enormous potential in terms of miniaturization.

A unique characteristic of these elements is that their most important electrons, namely the ones providing the large part of the atom’s magnetization, are localized in specific orbitals (called 4f) that are hidden deep inside the atoms. Therefore, it is difficult to use an electric current to sense them, which could create challenges for their integration into electronic devices.

Scientists are trying to establish whether electrons from more external, and electrically accessible, orbitals can be used as a readout channel instead of the more hidden electrons. “We needed to find a technique that could measure the electrons in these atoms, literally orbital by orbital, to find out the way they cooperate and contribute to the atom magnetic properties” says Dr. Aparajita Singha of who started the research as a post doc at QNS and now leads a group at the Max Planck Institute for Solid State Research.

The experiment was performed using very low temperatures (-270 C) to keep the lanthanide atoms “frozen” on their supporting substrate, which is a film of magnesium oxide. It was necessary to use very high magnetic fields - 100,000 times stronger than the earth’s magnetic field - to magnetize the lanthanide atoms and measure the properties of their electrons. The researchers used the X-ray to hit electrons very close to the nucleus and excite them to the target orbitals that they wanted to sense. “Although this approach was known to work for crystals composed by a large collection of atoms, whether individual orbitals could be measured in isolated atoms was a big open question” stated Donati. “You can imagine how exciting it was to see the first data appearing on the screen during the measurements. Only then we realized that there was no theory ready to explain our results. There was still a lot of work to be done."

Compared to the data collection phase, which required only a few weeks of measurements, the analysis and the development of an interpretative model kept the scientists busy for several months. Using this combination of experiment end theory, the researchers could identify how the electrons were distributed among the atomic orbitals. “We believe that knowing the structure of these atoms, orbital by orbital, will provide novel directions to engineer the properties of future devices, such as quantum computers and ultra-dense magnetic hard drives” concluded Donati.