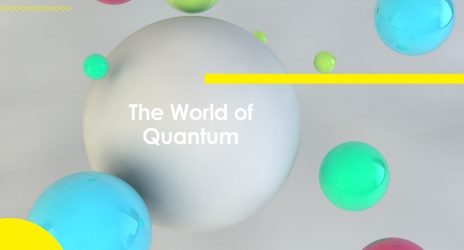 The Center for Quantum Nanoscience is hosting an art contest called ‘The World of Quantum’.

How Do Art and Quantum Nanoscience Connect?

Did you know that light is highly important in art and science? First, let’s look at art. This is especially true for artists like Claude Monet, Pierre Auguste Renoir, and other impressionist painters. They focused more on how human beings perceive natural colors, unlike the past perception that objects have their own colors. The most important factor for human beings to perceive nature is light, so impressionist painters pondered deeply about light and how to express nature according to light. They had come to realize that apples that were previously only represented in red can be expressed in terms of light angle and time, with completely different colors, such as brown or even black. This is one of the ways to capture how nature is seen by human beings.

As for science, during the same time period, the concept of light was changing in physics. Unlike in the past, where light was perceived only as a continuous wave (a kind of an electromagnetic wave), light was discovered to behave also like a particle with discrete energy. Therefore, light simultaneously has both wave and particle properties. 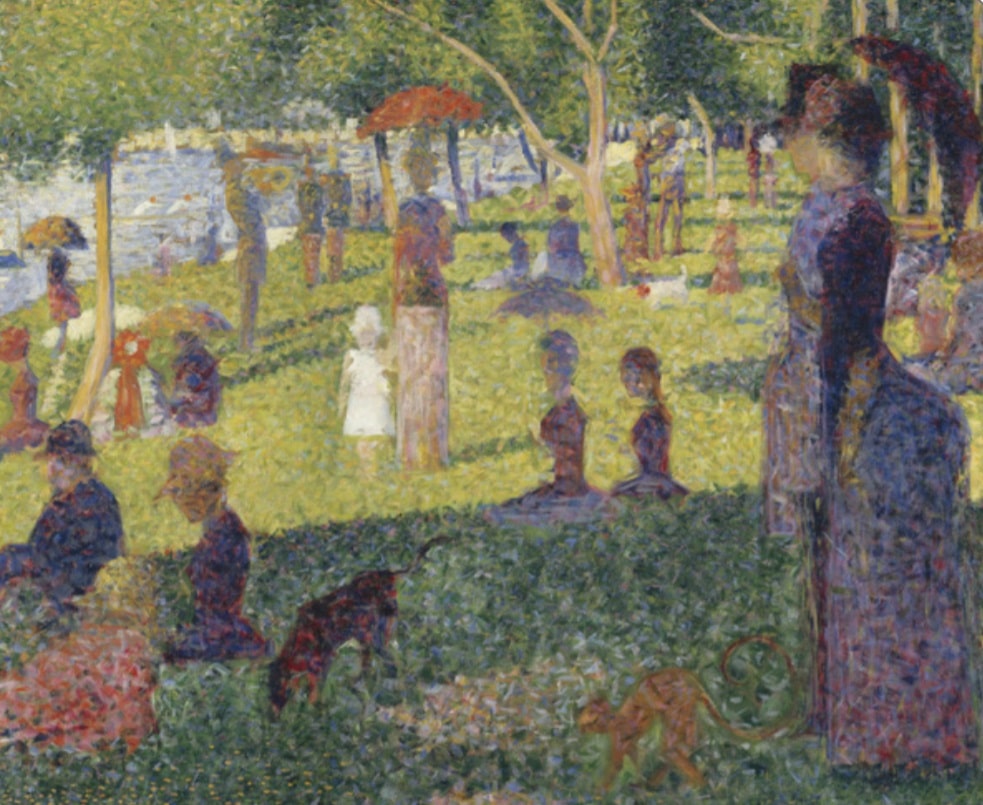 Georges Seurat "Bathers at Asniers" (1884)
Seurat expressed the world shown by the light with dots. Einstein proved that light can actually be seen as a discontinuous particle.

I am sure you all have heard of Einstein. He is the first person who used the expression “quantum” which means the discontinuity of light, in his photoelectric effect experiment1). Through this experiment, he realized that light can be regarded as particles and called these particles “light quantum”. The atom, the basic unit of matter, also consists of quantum which actually is both protons and electrons. Those particles are very small (nanoscale, 10-9m), so if you focus on those kinds of small particles then that would be considered in the realm of quantum nanoscience. In this scale of the world where quantum exists, even energy and space are “quantized”, which means being discontinuous like quantum.
Does this remind you of anything?

This paradigm shift of light in both art and science suggests that the world seen by light in our eyes may in fact be discontinuous in some respects. And what does this mean? Consider the pointillism that is represented by Georges Seurat. By applying pointillism, he was able to quantize the world, which was unimaginable in the world of paintings in which there were only continuous brush strokes. In other words, Seurat expressed the world seen by light as discontinuous, which is actually true, proven by science. 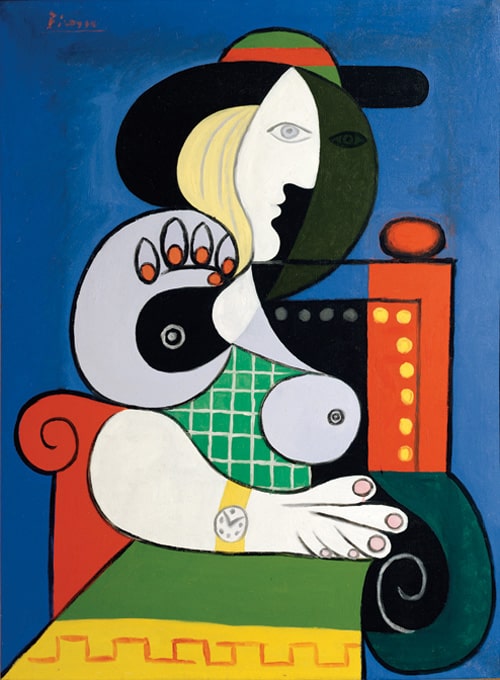 Pablo Ruiz Picasso "Woman with Watch" (1932)
Picasso painted the front and sides of the woman to be visible at the same time. In the quantum world, two different states can be mixed (quantum superposition). 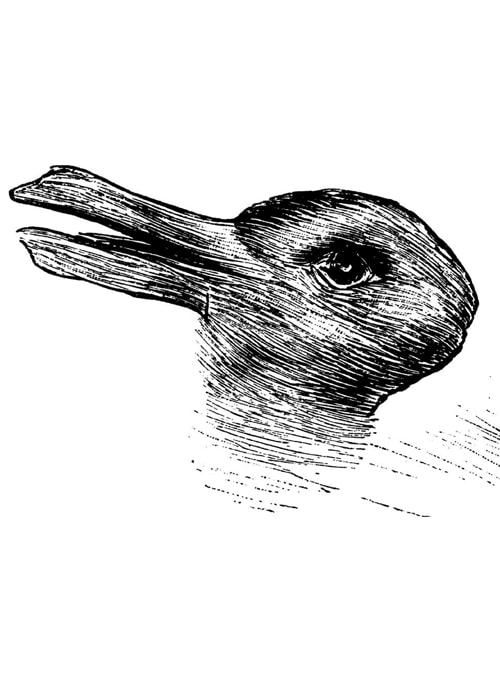 Duck-rabbit image
Many artists and philosophers like this image. Especially Wittgenstein wanted to show us that in our perception, we cannot see both a duck and a rabbit at the same time. We have no choice but to distinct each of the images (states) when we see this. 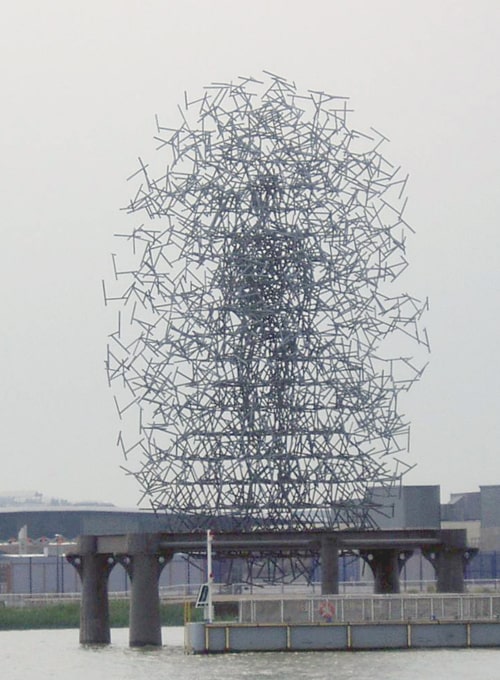 Let’s talk more about quantum, and how it can be explained by art. The concept of quantum itself is a new paradigm that collapses the existing world. The properties of quantum are also completely new. Unlike classical objects, quantum is not always fixed; things only exist based on probability. It is as well-known as Schrödinger's cat, which is a very famous analogy in quantum mechanics. This is similar to the duck-rabbit image. Referring to this image, Wittgenstein said that we cannot see both a duck and a rabbit at the same time. It should be a duck or a rabbit, not both in our head. But what if this image is inside a box in the quantum world? Then the image is not completely a duck or a rabbit, it is simply 50% a duck and a rabbit simultaneously. This doesn’t make sense at all in classical science. Even though we cannot see it, we can guess that they have both of those states. Thus, the image can exist as the image itself, not decidedly a duck or a rabbit. The quantum world allows us to see the world just as it is, without having to clearly define something.
In classical mechanics, 0 state and 1 state (like in digital information) cannot overlap. In quantum mechanics, however, these two states can exist simultaneously and this is called superposition. Superposition is general wave properties in both classical and quantum science, but if we think of waves as particles, then it makes sense only in quantum physics. This is similar to the way Picasso painted an object with a combined view, showing the front and side, unlike mainstream art where one object was viewed at one angle (perspective). This was a big turning point in how artists express an object, as important as quantum properties.
Another property of the quantum world is entanglement. Entanglement is a property in which two or more states are intertwined with each other. In classical physics, entanglement is impossible because the interaction between each object is low when the distance between them is very far. However, in quantum physics, the entangled states are maintained even if each quantum is very far apart. Therefore, if you know one of the two entangled states, we can know the state of the other side at the same time. In other words, they are deeply connected to each other.

From the viewpoint of classical science, the characteristics of quantum are unrealistic, even impossible to imagine. However, after the discovery of quantum, it became a new reality beyond existing science. The word 'natural' usually means 'to fit to the context' or ‘something continuous’. Then is the world not natural anymore? I think it is not.

On the Path to Find Answers

Paul Gauguin's famous work “Where Do We Come from? What are We? Where are We Going?” is about questions like 'what are we’ and ‘what is the world that makes us?'. These questions might be quite profound. But in some sense, one could say that life is always about finding our own identities and deeper meaning in the world. To answer these questions, quantum can give us a lot of insight. Since the world (and even ourselves!) consists of quantum, we can see the world in a completely different perspective compared to when we only focused on the classical world. The world is not determined by absolute truths anymore, but it depends on probability. We are living in a world that is filled with uncertainty. Moreover, the world is not continuous, in fact it is discrete even if we are looking at it in a continuous nature. The world is really not what it seems!
Both scientists and artists identify and express the world, just in different ways. Both of them come up with a lot of incredible ideas and sometimes it changes the whole world. They have many things in common. It is worthwhile to “entangle” both fields and seek their meaningful interaction. We hope you can find inspiration from these relationships to help ignite your creativity for your own work :)

1) Photoelectric effect (1921) is the phenomenon that electrons protrude from metal when light is applied to metal. Today it is used in various electronic products such as cameras and solar cells.

See also the video "How Do Quantum Science and Art Relate?" from our Youtube channel: