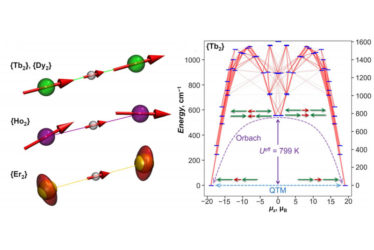 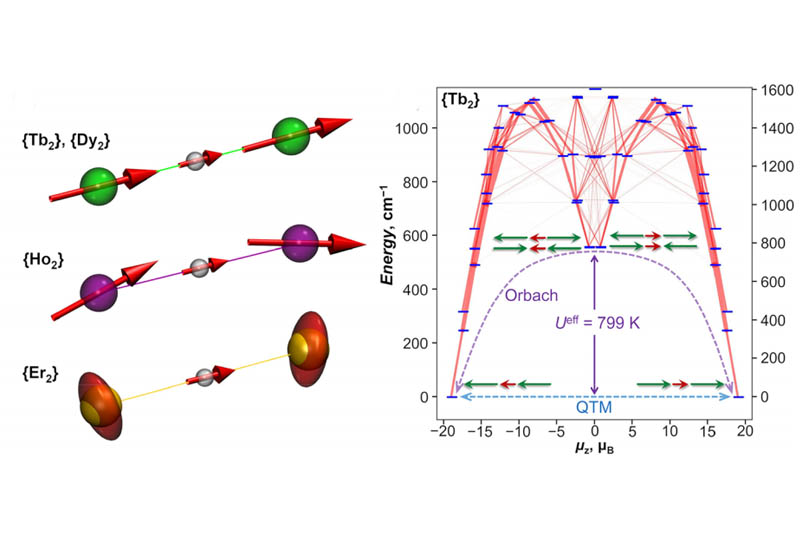 
A characteristic phenomenon of lanthanide−fullerene interactions is the transfer of metal valence electrons to the carbon cage. With early lanthanides such as La, a complete transfer of six valence electrons takes place for the metal dimers encapsulated in the fullerene cage. However, the low energy of the σ-type Ln−Ln bonding orbital in the second half of the lanthanide row limits the Ln2 → fullerene transfer to only five electrons. One electron remains in the Ln−Ln bonding orbital, whereas the fullerene cage with a formal charge of −5 is left electron-deficient. Such Ln2@C80 molecules are unstable in the neutral form but can be stabilized by substitution of one carbon atom by nitrogen to give azafullerenes Ln2@C79N or by quenching the unpaired electron on the fullerene cage by reacting it with a chemical such as benzyl bromide, transforming one sp2 carbon into an sp3 carbon and yielding the monoadduct Ln2@C80(CH2Ph). Because of the presence of the Ln−Ln bonding molecular orbital with one electron, the Ln2@C79N and Ln2 @C80(R) molecules feature a unique single-electron Ln−Ln bond and an unconventional +2.5 oxidation state of the lanthanides.

In this Account, which brings together metallofullerenes, molecular magnets, and lanthanides in unconventional valence states, we review the progress in the studies of dimetallofullerenes with single-electron Ln−Ln bonds and highlight the consequences of the unpaired electron residing in the Ln−Ln bonding orbital for the magnetic interactions between Ln ions. Usually, Ln···Ln exchange coupling in polynuclear lanthanide compounds is weak because of the core nature of 4f electrons. However, when interactions between Ln centers are mediated by a radical bridge, stronger coupling may be achieved because of the diffuse nature of radical-based orbitals. Ultimately, when the role of a radical bridge is played by a single unpaired electron in the Ln− Ln bonding orbital, the strength of the exchange coupling is increased dramatically. Giant exchange coupling in endohedral Ln2 dimers is combined with a rather strong axial ligand field exerted on the lanthanide ions by the fullerene cage and the excess electron density localized between two Ln ions. As a result, Ln2@C79N and Ln2@C80(CH2Ph) compounds exhibit slow relaxation of magnetization and exceptionally high blocking temperatures for Ln = Dy and Tb. At low temperatures, the [Ln3+− e−Ln3+] fragment behaves as a single giant spin. Furthermore, the Ln−Ln bonding orbital in dimetallofullerenes is redox-active, which allows its population to be changed by electrochemical reactions, thus changing the magnetic properties because the change in the number of electrons residing in the Ln−Ln orbital affects the magnetic structure of the molecule.
Read More 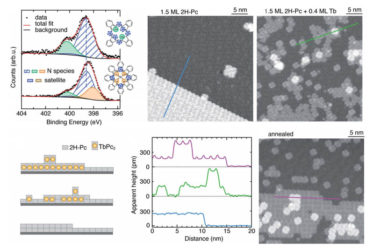 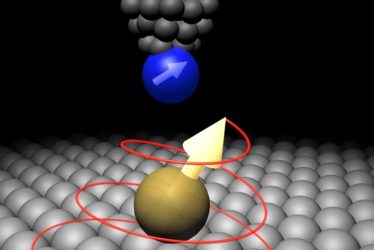 Coherent spin manipulation of individual atoms on a surface